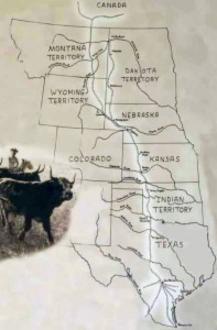 The Western Trail was built during the 1800s to move cattle and horses from the Great Plains to markets in the eastern and northern states. While the trail still exists, there are some changes you should know about before you set out on your trip. Listed below are some of the changes you can expect. And if you still have questions, read on for helpful tips. You’ll be glad you did. Here are a few tips to get started:

Begin your trip in Bulldog Canyon, which runs through Tonto National Forest. The 72-mile Cave Creek segment was completed in 1996. In the heart of the canyon, you’ll find the Sears-Kay Ruin, an ancient Hohokam village that was named for a Civilian Conservation Corps member in 1932. After passing the ruins, you’ll eventually arrive at Seven Springs Campground, which was built in the 1930s. The trail winds its way up to the Bloody Basin Road, a scenic route to get to the ruins of a thriving Hohokam village.

Once you’re done riding your horse, you can head out on the Great Western Trail. Beginning with unmarked trails on the Navajo Nation, this trail begins south of the Little Colorado River gorge. Along the way, you’ll find an austere world of red and white sandstone. You’ll cross the Beaver River, the North Canadian River, and Clear Creek. After you’ve completed the trail, head westward along the Arkansas River and reach your railroad.

Getting your horse to perform in a western trail class requires some practice, but you can do it! Simply practicing until your horse is ready for each maneuver will help you improve your scores. The horse will learn your cues and expectations for each movement. Top trainer Shaun Gloude discusses these common errors, and demonstrates how to properly step over the poles. Likewise, you should avoid loping your horse into the box – a common mistake in the western trail class.

Cattle trails also play a part in American history. The Civil War destroyed much of the economy of the former Confederate states, and in the summer of 1865, Texas had almost no industry at all. And feral longhorns roamed the high plains. These strange cattle were the result of half-wild Spanish cattle mixed with English stock. Because they were resistant to tick fever, they made good cattle for the trail. Often, the cattle would gain weight on the long journey north.

The Great Western Trail is not just a route; it is a place to connect with history and Rotary. The 2,000-mile route stretches from Val Marie, Sask. It was also used by cattle and was once known as the Matamoros Trail. In 2010, the local Rotary Club of Vernon and Matamoros Profesional clubs in Mexico helped put up a marker in the town. In addition to the marker, the town also has a museum celebrating the land reforms that followed the revolution of 1913.