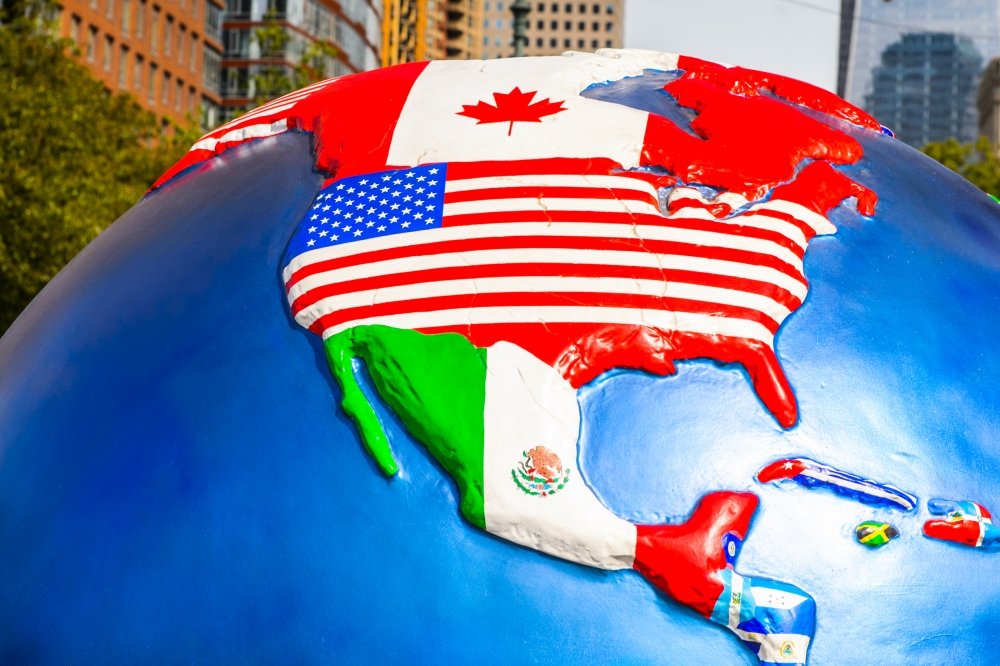 Known as the “New World” or the Western Hemisphere, North America covers a large portion of the planet. The continent’s geologic structure is centered around the Canadian (Laurentian) Shield. In the southeast and west of the shield are the Appalachian Mountains, and in the east are the Central Lowlands and Great Plains. The climate of North America is predominantly continental, with large desert regions.

Europeans left a strong mark on the continent, including the founding of St. Augustine, Florida, which was far from their original Spanish Americas. Other Spanish outposts were in California, New Mexico, Texas, and Arizona. These settlements were similar to Spanish colonies in Central America. The Spanish ruled much of the southern United States, while France dominated much of the interior of North America. Despite the presence of Native Americans in North America, Europeans made the continent a melting pot of cultures.

The largest countries in North America are the United States and Canada. The largest islands are Greenland, Baffin Island, and Ellesmere Island. The smallest are Saint Kitts and Nevis and Canada’s own islands, Newfoundland, and Cuba. Additionally, North America encompasses the Caribbean, which includes a number of islands and archipelagos. More than 700 islands make up the Caribbean.

Although North America is a vast continent, its population is not evenly spread across the continent. Most Canadians live near the US border, and urban areas make up 80 percent of the country’s population. The US has an increasingly suburbanized population, with the population shifting southward and westward over time. California, Nevada, and the southern eastern seaboard all experiencing the highest growth in the US. In fact, Florida accounted for almost a third of the US population growth since 1990.

As European and Asian powers expanded, French traders began to explore and settle the continent, making the continental United States an important trading hub. Eventually, the United States had territories from the Atlantic to the Pacific Ocean. Manifest Destiny motivated the American nation’s expansion. The Louisiana Purchase with France in 1803, for example, led to the annexation of millions of acres in central and southern America. Throughout the nineteenth century, Canada was largely ruled by the French.

The Mid-Atlantic region centered around Philadelphia, Pennsylvania. The region is noted for its fertile soils, prosperous small-scale agriculture, and multi-cultural population. Its people migrated west through the Great Valley, crossed the Cumberland Gap, and then crossed the Ohio River valley. The South was centered in Virginia, and was largely agricultural in nature. The bulk of the region was populated by slaves brought from sub-Saharan Africa.

A great western trail is one of the most well-known routes in the United States. The Great Western Cattle Trail was used to move horses and cattle from the west to the eastern and northern markets. Today, it is still a popular route. It is also a popular tourist destination. The history of the Western…

What exactly is Life Insurance? Life insurance is essentially a contract between you, the insured, and an insurance provider. Essentially, in return for your monthly premium payments, the insurer will pay out a fixed amount called an death benefit to your named beneficiaries after your passing. The beneficiaries then can use the funds for whatever…

Hiking the Western Trail Of Texas The Western Trail is a trail that runs through a large section of the Great Smoky Mountains. It follows the original railroad line which connected Pigeon Forge, Tennessee, and Memphis, Tennessee. It was created by the United States Government as a way to help the country develop after the…